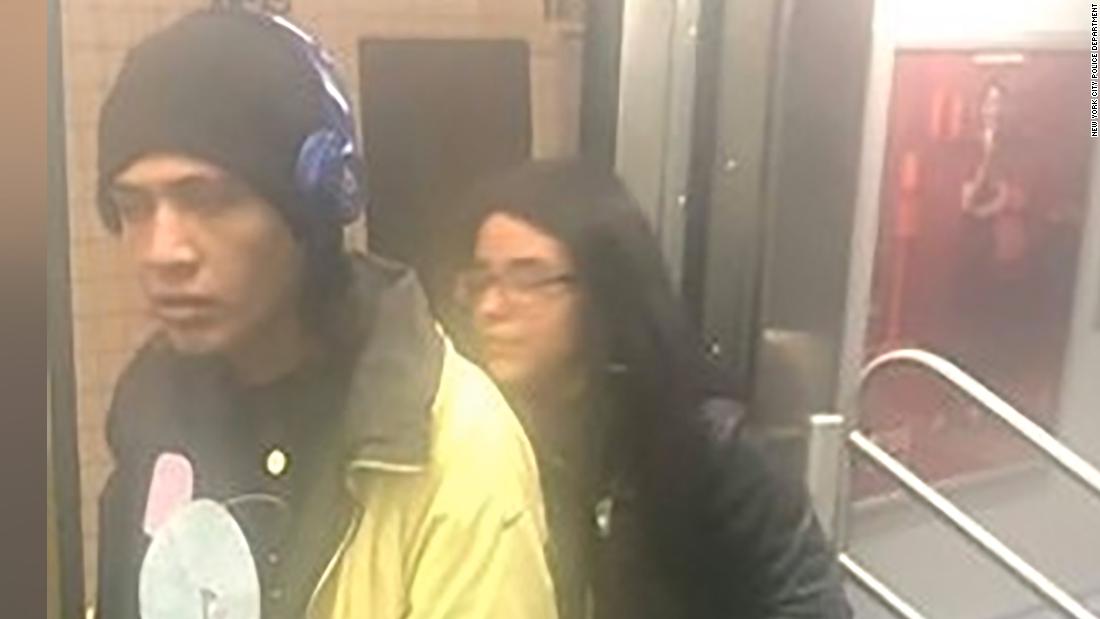 Pablo Valle, 26, of Queens, was arrested and charged with hate crimes for first-degree harassment and second-degree aggravated harassment for the attack on Serena Daniari.

Daniari, 26, was waiting at the West 155th subway station in Manhattan last Friday, when a man approached and began asking her questions, she told CNN. She took her headphones out and asked him to repeat what he said, Daniari said.

“When he heard my voice, he realized I was trans and got aggressive,” Daniari told CNN. Daniari has written for multiple online outlets, including

Valle and a woman with him called Daniari anti-transgender slurs, spitting on her and slapping the phone out of her hand, she said. Daniari said the couple threatened her with a concealed gun before fleeing.

Valle was assigned a public defender who could not be reached for comment Friday evening. His next court appearance is scheduled for February 11, according to court records.

New York police did not respond immediately as to the whereabouts of the alleged female assailant.

While Daniari said she had experienced slurs before, this attack was by far the “scariest” she had ever experienced.

“I think some people have misconceptions about trans people, that we’re deceptive. But that couldn’t be further from the truth,” Daniari said. “At the end of the day, we just want to commute to work and see our friends and family without the threat of violence. We’re just like every other New Yorker.”

“I just wish people would leave me alone if I don’t do anything,” Daniari said in the video, sobbing in the subway station. The video had 2.2 million views as of Friday evening.

Daniari said that as a trans woman, she has to be constantly vigilant about her surroundings in the wake of

. At least 26 transgender or gender nonconforming people were killed in 2019 in the United States, according to the

. The threat of violence can be at loggerheads with more visibility for the transgender community, Daniari said.

“I do feel like now more than ever it’s important for trans people to be visible and take up space and disrupt,” Daniari said. “But sometimes that’s easier said than done, because when you are in a violent situation you don’t want it to escalate.”

“On behalf of the NY family, I’m so sorry this happened,”

to Daniari. “We stand with you in love & respect and we will catch the cowards who did this & bring them to justice.”

Mayor Bill de Blasio apologized to Daniari on behalf of the city, calling it a “loathsome, transphobic attack.”

“Transgender and non-binary New Yorkers deserve to travel in their city without fear,” he

The attack coincides with a new anti-hate crime campaign by the Metropolitan Transportation Authority, which oversees New York’s public transit. The campaign’s press release noted the “abhorrent” attack on Daniari.

The New York police department’s transit bureau said it investigated 75 hate crimes in 2019, a 42% increase from 2018.

“We are trying to do everything we can to remind New Yorkers we are what we stand for,” said Sarah Meyer, chief customer officer for the MTA. “Unfortunately, we’re seeing an uptick in hate crimes and hate incidents across several demographics and individuals.”

of an MTA poster that reads, “RESPECT. Hate has no place in our transit system.”

“First day back on the subway & this honestly made me tear up,” she wrote.

She welcomed news of the arrest.

“I just feel relieved that someone else wouldn’t have to experience what I went through,” Daniari said of Valle’s arrest. “But on the other hand, I don’t know how long he’ll be in custody for, so there’s anxiety as well.”

CNN.com – RSS Channel – HP Hero President Trump’s defense team will continue their opening arguments today in the Senate impeachment trial. A lot happened yesterday on Capitol Hill. In case you missed it, here are some of highlights: The John Bolton manuscript: Much of the attention on Capitol Hill focused on the Republican senators […]