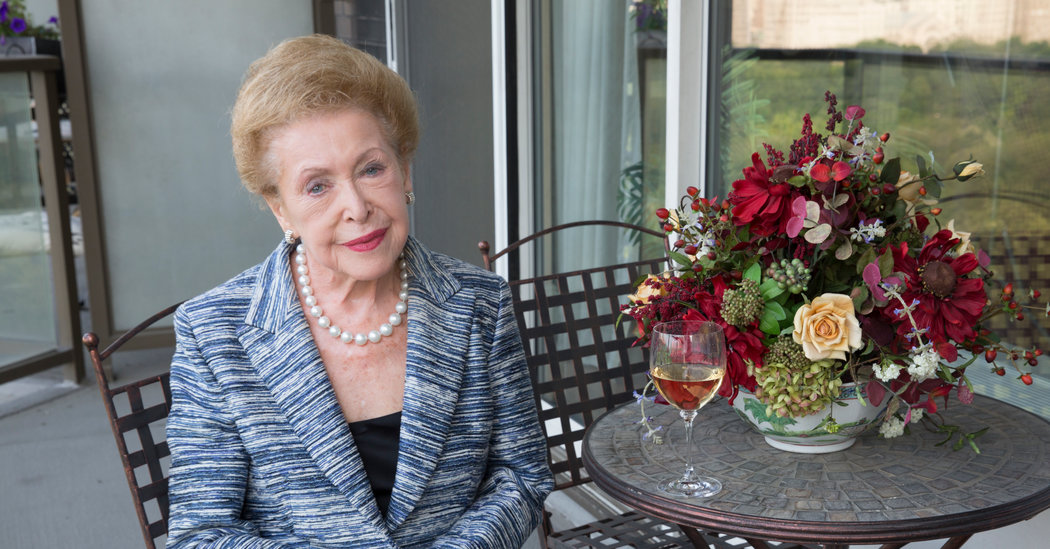 Mary Higgins Clark, a fixture on best-seller lists for decades whose more than 50 novels earned her the sobriquet Queen of Suspense, died Friday in Naples, Fla. She was 92, and had homes in Saddle River, N.J., Manhattan and Cape Cod.

Her death was announced by her daughter Carol Higgins Clark, also a mystery novelist.

Mary Higgins Clark, whose books sold more than 100 million copies in the United States alone, was still writing until recently, her daughter said, and had a book published in November.

Legions of readers were addicted to her page-turners, which popped up on the market one after another. She wanted to create stories that would make a reader say: “This could be me. That could be my daughter. This could happen to us,” she told Marilyn Stasio in a 1997 interview in The New York Times.

Ms. Higgins Clark’s heroes are most often female, her villains, male, and she said repeatedly that she wrote about “nice people whose lives are invaded.”

Ms. Stasio wrote that “Mary Higgins Clark writes to a simple formula that entails putting a woman in peril and letting her figure her own way out.” Though that formula is “repetitive and predictable,” she wrote, “it always works because Ms. Clark is a natural-born storyteller.”

It certainly worked for fans. Masses of followers flocked to her Facebook page and showered her with praise and questions, and she kept them informed about her projects.

In her memoir, “Kitchen Privileges” (2002), Ms. Higgins Clark described herself as “aching, yearning, burning” to write, certain that she would succeed but needing guidance. Eventually, she found it in a writing class at New York University. The professor suggested his students seize upon a situation they had experienced or read about and begin by asking the questions “Suppose … ?” and “What if … ?” It is a recipe Ms. Higgins Clark said she stuck to, with the addition of the question “Why?”

There are, however, two things you will never find in her books: sex and profanity, and that choice was deliberate.

In her first successful novel, “Where Are the Children?” (1975), which Ms. Higgins Clark sold for $3,000, a young mother accused of killing her son and daughter changes her identity, finds a new husband and builds another family, only to have her second set of children disappear.

The secrets of the cutthroat high-end real estate market in New Jersey are among the scariest aspects of “No Place Like Home” (2005), a story about a young woman who tries to distance herself from a painful childhood in which she accidentally killed someone close to her. When her husband surprises her by buying her a dream house, the consequences are nothing short of a nightmare.

And in recent years she collaborated with Alafair Burke on the Under Suspicion series, in which the character Laurie Moran, a producer of a true-crime television programs, grapples with mysterious cases. The latest, “You Don’t Own Me,” came out in November 2018.

Ms. Burke, discussing their collaboration, told HuffPost: “Our voices blend quite well. When you read it, you can’t really tell it was written by two people.”

Mary Theresa Eleanor Higgins was born on Dec. 24, 1927, in the Bronx. When she was 11, her father, Luke, an Irish immigrant who had owned a thriving pub before the Depression, died, leaving her mother, Nora, with three children. A few years later, she lost her beloved older brother.

Each loss meant Ms. Higgins Clark had to work harder. To help pay expenses after her father’s death, she got after-school jobs, one as a switchboard operator at the Shelton Hotel in Manhattan, where she eavesdropped on inhabitants, including Tennessee Williams, who, she noted in her memoir, had the cheapest room in the hotel, at $30 a month.

In listening to his conversations, Ms. Higgins Clark wrote, “I didn’t hear anything that fascinated me.”

“Years later,” she wrote, “when a mutual friend gave Williams a copy of the manuscript for ‘Where Are the Children?,’ which had just sold to Simon & Schuster, his comment was, ‘I have a lot of friends who can write better than that,’ so I guess I didn’t fascinate him either. We’ll call it a draw.”

She and Warren Clark, from her neighborhood in the Bronx, fell in love, and he proposed on their first date. They determined that she should continue with her plan to become a flight attendant for Pan Am and planned a wedding for the next year, 1949.

Although she had begun pitching her first short stories to confession magazines when she was 16, Ms. Higgins Clark endured a rain of rejection slips for the next several years before she sold her first story, “Stowaway,” to Extension magazine in 1956. By then she had three children: Marilyn, Warren Jr. and David. The fourth, born in 1956, was named Carol for a character in that story. The youngest, Patricia, was born in 1958.

After 14 years of a marriage, Warren Clark, who worked in the shipping and airline industries, died of a heart attack in 1964, when Ms. Higgins Clark was 37. Soon she was looking for a job again, but did not abandon her fiction writing. She rose before dawn to churn out pages while her children slept, then car-pooled to Manhattan to work at the Gordon R. Tavistock advertising agency.

Her first novel, “Aspire to the Heavens” (1969), was not about a murderous psychopath or a jealous friend bent on bloody revenge, but rather about George and Martha Washington. It failed to make a splash, but was republished in 2002 as “Mount Vernon Love Story” and joined the other Higgins Clark titles on the best-seller lists.

Simon & Schuster became her primary publisher. Her second suspense novel, “A Stranger Is Watching” (1978), brought in enough money to buy a Cadillac. In 1979 she achieved another milestone, graduating from Fordham University with a B.A. in philosophy.

As the best sellers piled up, they would sustain her family beyond anything she had ever dreamed possible. In 1988, The New York Times reported that she had broken a record for what was believed to be “the first eight-figure agreement involving a single author.” The multibook contract guaranteed her at least $10.1 million. “All I have to do now is write the books,” she told The Times.

In a statement on Friday, Simon & Schuster said that beginning with “Where Are the Children?,” each of her 56 books had been a best seller.

Michael Korda, editor in chief emeritus of Simon & Schuster, said in the statement that he and Ms. Higgins Clark had been friends and had worked together since 1975, “during which time we never had a cross word between us, which surely sets something of a record for author-editor relationships.”

Mr. Korda said he felt privileged to have had a 45-year friendship with Ms. Higgins Clark and “saddened that I will no longer be able to pick up the phone and hear her say, ‘Michael, I think I’ve figured out how to make this story work.’”

Two of her books were adapted for film and many others for TV movies, including some in which she played minor characters. She wrote children’s books and short stories, and you can find her recipe for Game Night Chili in The Mystery Writers of America Cookbook.

She married twice after she was widowed. Her brief second marriage — in 1978, to Raymond Charles Ploetz, a lawyer — is glossed over in her memoir as a mistake. The marriage was annulled, and in 1996 she married John Conheeney, a former Merrill Lynch executive whom she celebrated in the dedications of several books. He died in October 2018. Her five children, six grandchildren and two great-grandchildren survive her.

Even into her 90s, Ms. Higgins Clark continued to address her fans in online videos, appearing elegantly dressed, with perfect hair and makeup, and accessorized with glittering gems. (She liked to buy jewelry now and then, she said, to celebrate her accomplishments.)

In one video, Ms. Higgins Clark, who was grand marshal of the St. Patrick’s Day parade in Manhattan in 2011, discussed the role of the Irish narrative heritage in her work and her legacy. “Let others decide whether or not I’m a good writer,” she said in the firm voice of a proud New Yorker. “I know I’m a good Irish storyteller.”

NYT > Top Stories Alas, no one ever lost money betting on the cynicism of today’s congressional Republicans. On Friday evening, Republican senators voted in near lock step to block testimony from any new witnesses or the production of any new documents, a vote that was tantamount to an acquittal of the impeachment charges against […]

NYT > Top Stories Good morning. We’re covering the results of the New Hampshire primary, a name for the illness caused by the coronavirus, and the Westminster Dog Show. Image“This victory here is the beginning of the end for Donald Trump,” Senator Bernie Sanders told supporters in Manchester, N.H., on Tuesday.Credit…Chang W. Lee/The New York […]

NYT > Top Stories When Logan Lerman was offered the lead in “Hunters,” he did what all actors do: He cast about for inspiration. For portions, he had only to look inward. Like him, his character Jonah Heidelbaum was Jewish, allowing Lerman to draw from experience both personal and inherited. As for the fact that […]