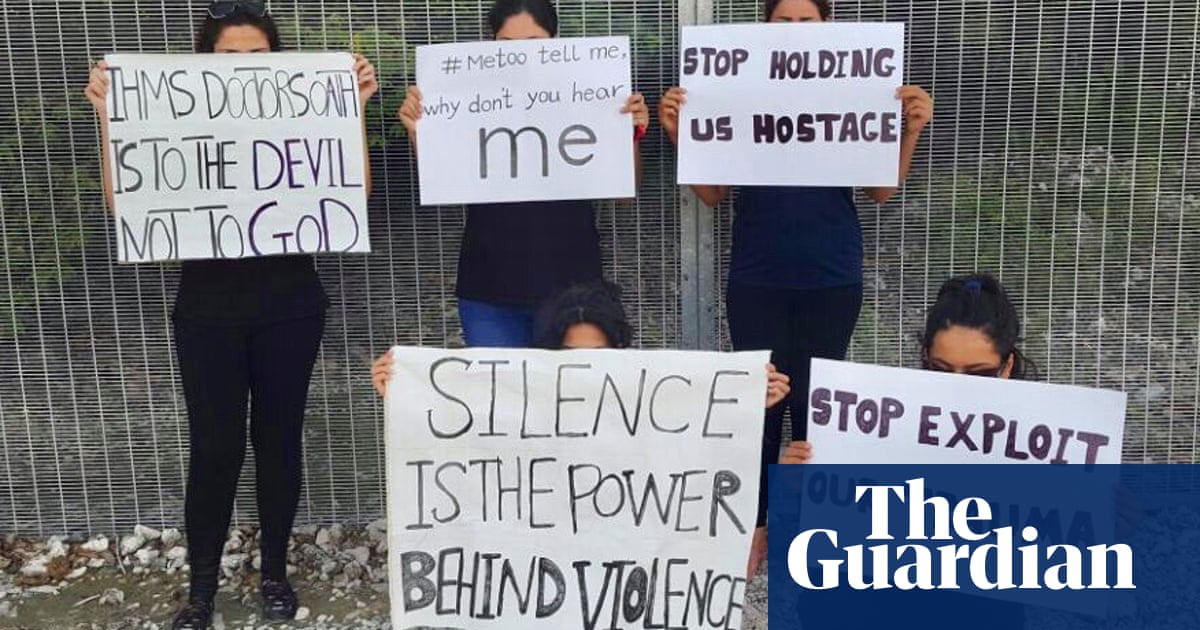 Australia’s offshore detention regime is a “cruel, inhuman, or degrading treatment” and unlawful under international law, the international criminal court’s prosecutor has said.

But the office of the prosecutor has stopped short of deciding to prosecute the Australian government, saying that while the imprisonment of refugees and asylum seekers formed the basis of a crime against humanity, the violations did not rise to the level to warrant further investigation.

In a letter to the independent MP for Clark, Andrew Wilkie, the office of the ICC prosecutor said conditions in the Australian-run camps on Nauru and PNG’s Manus Island were dangerous and harsh, and an “environment rife with sporadic acts of physical and sexual violence committed by staff at the facilities”.

‘Finally, a life’: Canada comes to the rescue when a refugee family loses hope in Australia

“These conditions of detention appear to have constituted cruel, inhuman, or degrading treatment (“CIDT”), and the gravity of the alleged conduct thus appears to have been such that it was in violation of fundamental rules of international law.

“In terms of the conditions of detention and treatment, although the situation varied over time, the office considers that some of the conduct at the processing centres on Nauru and on Manus Island appears to constitute the underlying act of imprisonment or other severe deprivations of physical liberty under article 7(1)(e) of the statute [crimes against humanity].”

But the office of the prosecutor said the matters did not fall within the jurisdiction of the court and did not demonstrate the “contextual elements” to warrant further investigation for prosecution.

“Cases must be grave enough to justify action by the court … it does not appear that the conditions of detention or treatment were of a severity to be appropriately qualified as the crime against humanity of torture.”

The international criminal court was established in 2002 to try individuals charged with “the gravest crimes of concern to the international community, such as genocide, war crimes, and crimes against humanity”.

The Rome statute that created the court has been ratified by 123 countries, including Australia, but several major countries – including China, India, Russia, and the US – have refused to join.

African countries have argued the court has been disproportionately and unfairly focused on crimes committed in Africa. The court has also been criticised for securing too few convictions.

Wilkie first wrote to the ICC in 2014, alleging the government of then prime minister Tony Abbott was breaching international law by engaging in imprisonment, deportation and the forcible transfer of a population.

Abbott’s immigration minister – now the prime minister – Scott Morrison derided Wilkie’s request as an “attention-seeking” stunt, saying, “Australia is a sovereign country that implements our policies consistent with our domestic laws and our international obligations.”

But Wilkie has remained in regular correspondence with the court since 2014, providing it with evidence of abuses including: deaths in detention through murder and medical neglect; the indefinite detention of children; forced family separation; and the details of the Nauru Files, published by the Guardian detailing the detention system’s own reports of rape, sexual abuse, self-harm, and child abuse in offshore detention.

About 230 refugees and asylum seekers remain on Nauru, and about 180 in Papua New Guinea. Several dozen are undertaking the process for resettlement in America.

“The ICC’s response is a remarkable condemnation of the cruelty of the Australian government’s asylum seeker policies,” Wilkie said. “We’ve long known that the government’s response to asylum seekers has been barbaric, inhumane and expensive, but now there can be no doubt.”

“Although the ICC advised me that a number of matters I referred were beyond the court’s jurisdiction, recent developments in the government’s asylum seeker policies have opened up new avenues for further investigation and I am currently seeking legal advice as to the next step forward.”

“The New Zealand offer still stands and Mr Morrison should pick up the phone to Ms Ardern, and finally provide the freedom and safety so desperately needed by so many people,” McKim said.

Human rights lawyer Greg Barns, who worked with Wilkie in presenting evidence to the court, said the ICC had made it clear Australia’s offshore detention regime was a breach of the Rome statute.

“It is extraordinary and shameful that a nation which purports to believe in the rule of law should be found to be in breach of the international law which outlaws cruelty and inhumanity.”

The Guardian put a series of questions regarding the ICC’s findings to the Department of Home Affairs. A response has not yet been received.

The Guardian Robert Johnson met the devil at the crossroads, but Eli Winter saw Steve Gunn on NPR. In 2013, Winter, now 22, was an anxious, antisocial 10th-grader (year 11 in the UK) at a competitive high school in Houston. Playing guitar provided a respite from his intense workload. He had been copying Elliott Smith […]

The Guardian Martin Amis has written his “most intimate and epic work”, an autobiographical novel that will draw on the death of his closest friend, the polemical writer Christopher Hitchens. Inside Story, published in September, is “the unseen portrait of Martin Amis’s extraordinary life”, according to his publisher Jonathan Cape. Amis writes about the “vibrant […]

The Guardian Is old the new new? That was the question at London fashion week yesterday, where, alongside headline names such as Mulberry and Vivienne Westwood, the five-day fashion event launched its first clothes swap. Clothes swapping has become increasingly popular in recent years, as the appetite for dressing inexpensively and sustainably has boomed. But […]