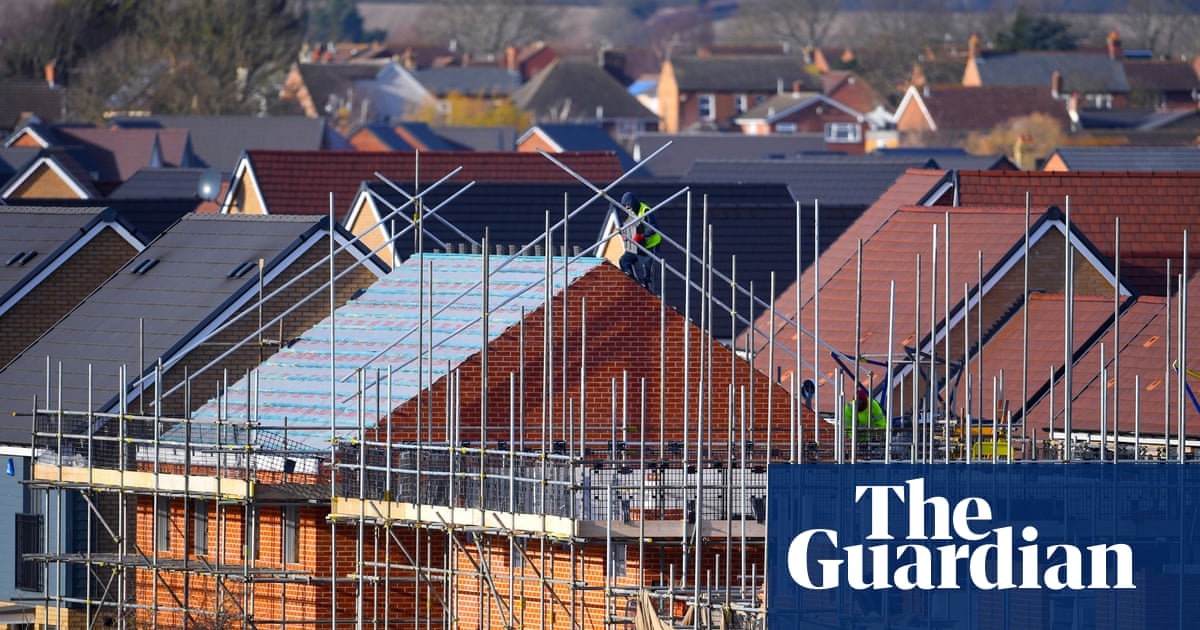 Mental health nurse Nicole Richards had been renting privately for years and had always found it impossible to save anything towards buying her first home, let alone the UK average first-time buyer deposit of £46,000. But she has now moved into a brand-new property, slashed her rent bill by more than £250 a month – with most of that money being channelled into an Isa – and will hopefully be in a position to buy her home in five years’ time.

Richards, 27, is among hundreds of key workers who have taken advantage of an innovative government-supported scheme that is expanding across the country and aims to remove the “deposit barrier” that is probably the biggest obstacle to home ownership for many on low and average incomes.

This scheme, known as rent to buy, means you pay a reduced rent on a new-build home to help you save for a deposit to buy the property. It is not new and we will probably be hearing more about it – possibly in the March budget.

Last September, the then housing minister, Esther McVey, said: “We’re going to look to expand rent to buy, so people can rent knowing they are going to buy, knowing they’ve got a bit of breathing space. Maybe it’s in five years, maybe it’s in 10 years but they will get to own that property, so they can plan, knowing they have the certainty of getting a deposit and getting that house.”

Richards signed up for her home through Rentplus, which describes itself as the country’s leading provider of rent-to-buy housing. It partners with housing associations and the majority of its applicants are key workers – NHS staff, teachers, firefighters, members of the armed forces – who often cannot afford to save up a deposit because their rent and essential outgoings are too high.

Richards, who lives in Northampton, was scanning Rightmove for a new place to live when she saw something about new one-bedroom houses that Rentplus was offering via the local housing association Greatwell Homes. She expressed an interest and then had to go through an interview process to check she could afford the property. “Then it was within a couple of weeks that I moved in,” she says. That was in May 2019.

Her rent is much cheaper: she was paying £725 a month but now it is £460. She set up an Isa and is paying in £200 a month by standing order to build up a pot of cash to go towards the deposit on the house.

“I’d been renting for about six years and have never been able to save as much as I am now,” says Richards, who works full time as a nurse in a child and adolescent mental health unit.

Rentplus principally takes people from council waiting lists but it is not a social housing scheme – it is a commercial operation funded by long-term private investors that seeks to make a profit. However, it says this means it is able to deliver additional affordable homes on top of those that local authorities and housing associations can fund.

Rentplus has just over 850 homes, although it has set itself a target of delivering 5,000 homes across England by the end of this year. Its properties are spread across Devon, Dorset, Somerset, Oxfordshire, Northamptonshire, Cambridgeshire and Wiltshire – and it recently announced an expansion into the north of England.

But at present, you will not find any Rentplus homes in London – the place where the affordability problem is at its worst.

“London has priced itself out of what we’re trying to do … we haven’t ruled it out but we haven’t found anything that works for us across the boroughs of London,” it says.

So how does Rentplus work? It buys newly built homes from housing developers and leases them to housing associations, which then allocate them, including to people on council waiting lists. The properties range from one-bed apartments to five-bedroom houses.

Tenants move in and pay an affordable rent – typically 80% of the local market rent, and averaging about £575 a month – for five to 20 years on five-year renewable tenancies. Crucially, they also get security – as long as they keep paying the rent, they will not be evicted on the whim of the landlord. This gives them time to save, clear debts, build up a strong credit history and put down roots in the community. They do not have to pay an initial fee when they move in and they also do not have to cough up for service charges or towards repairs or upkeep, as that is all covered by their rent.

After fixed periods they are offered the chance to buy the home they are living in, which of course means no additional moving costs. At the point of purchase, tenants are gifted 10% of the market value of the property to put towards a deposit.

Rentplus was set up about five years ago and the first tranche of tenants are on track to buy their property next year.

In the past there have been issues with some banks and building societies not accepting gifted deposits from unrelated third parties, and there may be some lenders for whom this is still a problem. However, asked about this, Steve Collins, the Rentplus chief executive, says: “We provide a cash deposit direct into the solicitor’s account. The mortgage companies are generally happy.”

The Guardian Under new rules, millions of users paying too much will have to be told of better deals New rules from next Saturday will force companies offering broadband and home phone deals to tell customers what they were paying on their old contract and how much their bill is going up, in a move […]

The Guardian From Banville’s alter ego, a novel about the young Windsors being evacuated to Ireland during the second world war In The Secret Guests, BW Black – AKA Benjamin Black, AKA Irish novelist John Banville – gussies up a wartime rumour of royal jiggery-pokery into a fanciful yarn that has just enough plausibility to […]

The Guardian One person has died in an Australian hospital, bringing the toll to 18 with two still missing, presumed dead The death toll from last month’s volcanic eruption in New Zealand has grown to 18 after one of the injured died in a hospital in Australia, police say, while two remain missing and are […]